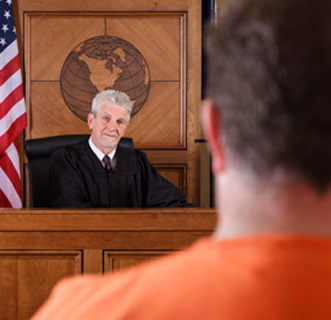 What does an OVI charge or accusation mean?

OVI is the legal term for ‘Operating a Vehicle while Impaired’ (or Intoxicated) in Ohio. It is an allegation of operating a vehicle under the influence of alcohol, drugs or a combination of both. Other states have other terms for drunk or drugged driving including; DUI, DWI, and OMVI.

Penalties for a First-Time Offense Include:

Penalties for DUI/OVI Continue to Change and Become More Severe.

Extra jail time and additional penalties are in place for defendants who were arrested with over 0.17% BAC. Many Ohio residents who face DUI/OVI charges are surprised to learn that a mandatory license suspension is regularly imposed by the BMV at the time of arrest.

From the time of your arrest, your license is likely to be restricted or suspended. In Ohio, the law states that you will face an administrative license suspension from the BMV. The length is 1 year for refusal to test, and 90 days for testing with a minimum BAC of 0.08%.

It is critical that you call Dominic Mango FAST! Dominic will be your partner, he is familiar with the nuances and specific rules of the ALS, and he knows how and when to stage a challenge.

Clients of Mango Law often get their licenses back after an ALS following their first court appearance. Dominic has been a presenter at OVI seminars, detailing the issue of appealing and challenging an ALS, so when you combine this with his background as a former prosecutor and 10+ years as a defense attorney, Dominic Mango will ensure you have the best defense available. He and his team are prepared to look at all evidence including; breath tests, field sobriety tests, and other items related to your case to strategize the best approach for your defense.

“Not your first DUI/OVI? Mango Law can help reduce the cost and minimize jail time.”

“Wondering what happens when you refuse a breath test during a DUI/OVI stop in Ohio?”

“What are the most common field sobriety tests in Ohio?”

“Arrested for a Drug or Prescription related driving offense?”

Because of the time sensitivity of scheduling and arraignment, it is critical to get in touch as soon as possible. To schedule a free initial consultation to discuss your drunk driving, DUI or OVI related defense with our lawyers, call 740-602-2155 or email the firm.

Mango Law LLC provides an aggressive and experienced defense for criminal and DUI/OVI cases in the Delaware and Franklin Counties of Ohio. Clients come from Columbus, Dublin, Marysville, Westerville, Gahanna, and the surrounding areas.

“You made me feel very comfortable and relaxed the way you explained things to me, unlike other lawyers, I understood everything you said and you were not pushy like them. You are truly a professional.”